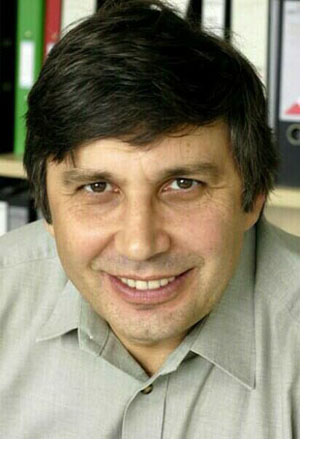 Prof. Geim has just been awarded this year's Nobel Prize for Physics for his pioneering work on Graphene. He shares the award with Dr Konstantin Novoselov.

Graphene - single atomic plane pulled out of graphite - is a wonder material. It has many superlatives to its name. It is the thinnest material one can imagine and the strongest one ever measured. Its charge carriers have zero effective mass and can travel micron distances without scattering under ambient conditions. Graphene can sustain current densities million times higher than copper, shows record thermal conductivity and stiffness, is impermeable to gases or liquids. It reconciles such conflicting qualities as brittleness and ductility. Electrons in graphene behave in such a way that this allows the investigation of relativistic quantum phenomena in a bench-top experiment. I will overview fascinating properties of graphene and outline some applications.

About the W. H. Bragg Lecture

The Bragg Lecture is the premier lecture in condensed-matter and materials physics at UCL.  It is given annually by a distinguished scientist working in the field.  This year we are delighted that Professor Andre Geim of the University of Manchester, whose group discovered graphene and made pioneering observations of many physical phenomena in that material, is giving the lecture.  Prof. Geim has just been awarded this year's Nobel Prize for Physics for his pioneering work on Graphene. He shares the award with Dr Konstantin Novoselov.